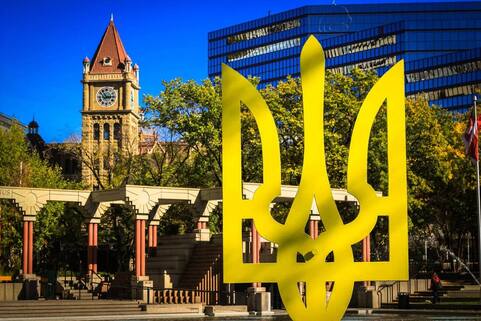 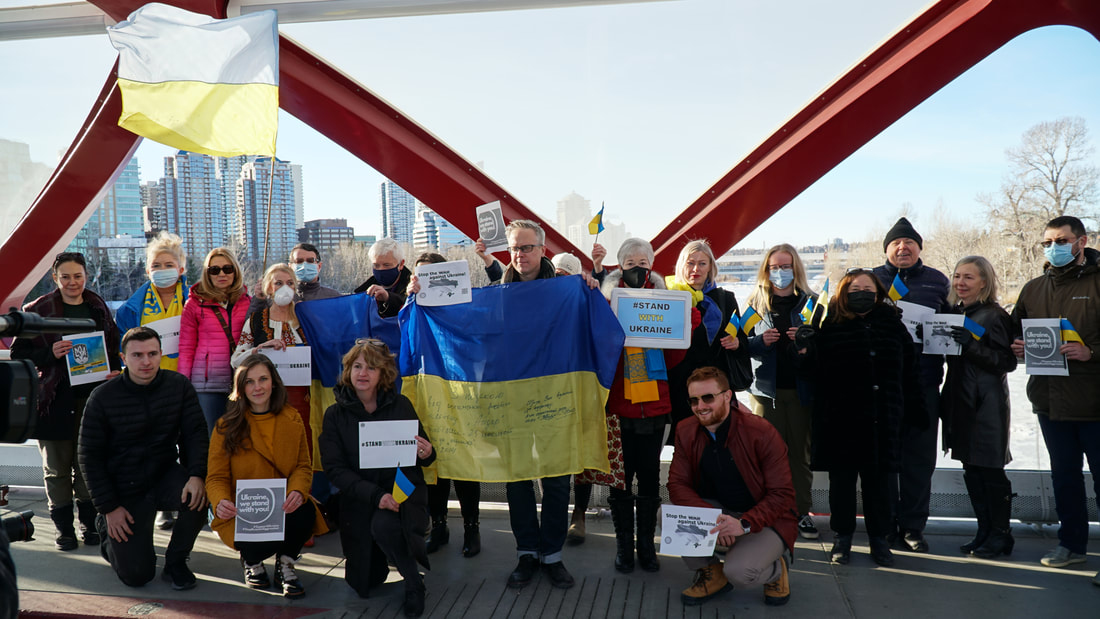 The Ukrainian Canadian Congress (UCC) calls on all Canadians to join the #StandWithUkraine campaign and show your support for the Ukrainian peoples’ right to live free and in peace in their own land.
For eight years, the Ukrainian people have bravely defended their country against brutal Russian aggression, as Russia once again seeks to colonize Ukraine. Close to 14,000 people have been killed, over 1.5 million displaced. Today, Russia is massing troops and weapons near Ukraine’s borders and on occupied Ukrainian territory and threatening to invade further into Ukraine.

It should be noted that hundreds would have joined this rally.  Due to COVID-19 pandemic and the fifth wave, we deliberately limited the size of the group to keep everyone safe.
Photography is by Alexander Iwasyk, Echoes of Ukraine YYC
​

Video prepared by Oleksandr Zagirskyy with Echoes of Ukraine capturing our amazing, vibrant Ukrainian community in Calgary, Alberta, Canada and calling for support of Ukraine.